The landmark of Mount Giluwe 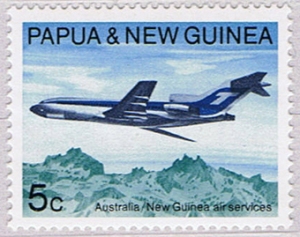 Like usually I hit Google and I started my search. I read tens of stories about Papua New Guinea, about Mount Giluwe and so on. I wrote to a lot of people and got a lot of pieces of advice and warnings. In the end, I managed, but in fact we managed, because my wife was right beside me as usually, to sort things out. Almost everything.

For the most important part, the mountain, I still did not know how to do exactly. I had a strategy in mind about taking a PMV, going to a village close to the mountain and try to find a guide. But things on the field can be very different from what they look on the internet and having to search my way around while carrying heavy backpack loaded with mountain gear and accompanied by a 16 years old girl was a though not very appealing to me.

And then, a message that I had sent to a gentleman named Peter Kinjap got an answer. And all of a sudden I knew I had hit the right person.

Peter Kinjap is a journalist and guide that comes from a village situated at the foothill of Mount Giluwe, named Alkena. He is a very educated person, lived for years in the capital, Port Moresby but never forgot about his people, the Mondika.

He has been deeply involved in the promotion of his country as he was the representative for Papua New Guinea at the British Museum for the Melanesian Project. During this project he realized that his community, the Mondika, was not represented by any items and he went a long way in trying to fix this issue. He managed at the end of a big effort to have a British Museum representative come to his village, stay there for weeks and collect a lot of traditional crafts for the exhibit in London.

Lately he decided to take a step further. Realizing the touristic potential of Mount Giluwe, Peter got involved into promoting his village and the beauties of nature around it. Also he invited me and my daughter, Alexandra, to spend some days in his village and he kindly offered us his services as a guide for the ascent of Mount Giluwe.

Peter Kinjap has to fight against a whole negative image created by the media and wants to show the world that actually this is not true. That if it is all right for a young girl of 16 to come there, climb a mountain and go back safely then it is all right for anybody else.

We liked the idea enormously. We like people that take a stand for their country.

In this respect we are going to help Peter in his endeavor and do our best in climbing Mount Gilluwe. Also another idea popped up. A great idea: That we, together, as an international team should landmark the peak.

So, my friends, Alexandra Marcu, the only child involved in the present in climbing all the peaks of the 7 Volcanoes Circuit is going to take part, together with her father and Peter Kinjap of Alkena, Papua New Guinea at the process of land marking the peak of Mount Giluwe. I hope that you, mountain climbers, friends from all over will enjoy this and think about the effort of Peter Kinjap and his community in putting up this structure when you will take the photo proving that you managed in ascending the Highest Volcano of Oceania, Australia Continent.

1 Response to The landmark of Mount Giluwe